When traveling around Italy, most tourists prefer to visit the sea coast, ski resorts or large cities, with their museums and architectural masterpieces. However, for those who want to see the mountain peaks and alpine meadows, lemon groves and vineyards of Tuscany, ancient towns and medieval castles, we recommend to pick up rentalcars24h car rental and follow one of the following routes…

SS163 road along the Amalfi Coast

The Amalfi Coast is located in southwestern Italy, not far from Naples. In 1997, all 40 kilometers of the coast were included in the UNESCO World Heritage List. The SS163 route, which was often called the most beautiful road in Italy, runs along mountain serpentine through lemon groves and ancient cities, close to beaches, bays and vineyards. Towns and fishing villages on the coast are special – they look like bird nests attached to almost sheer cliffs and hang over the sea. 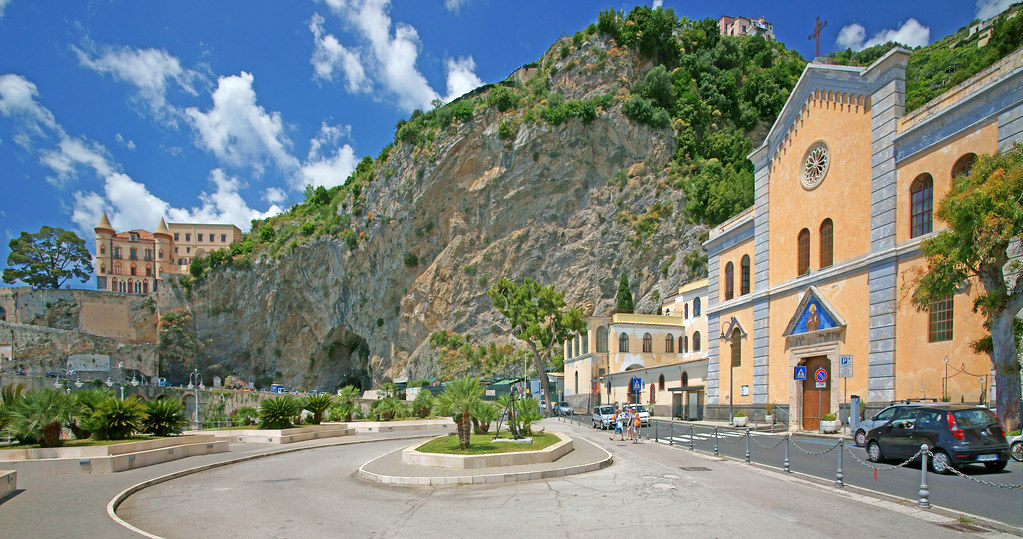 SS163 passes through six from sixteen locations along the coast – Praiano, Amalfi, Minori, Maiori, Cetara and Vietri sul Mare. The remaining ten are situated a few kilometers away from the road. If there’s an opportunity, we advise you to visit them all, because each of them is unique: in Amalfi there’s a cathedral of the rarest Norman-Byzantine style and an ancient arsenal, in Minori you’ll find excellent restaurants and pastry shops, as well as sandy beaches.

Ravello lies above other cities – from its observation platforms you can see the entire coast, and in Conca dei Marini there’s a huge grotto with stalactites, medieval towers, a monastery and churches.

Chianti is the most famous Italian wine produced from Sangiovese grapes in Tuscany. This region is known for its excellent cuisine, amazing nature and rich cultural heritage. You can visit nature reserves and medieval cities, try the best wines and see ancient castles and monasteries by taking SS222 Chianti road, which connects Siena and Florence. 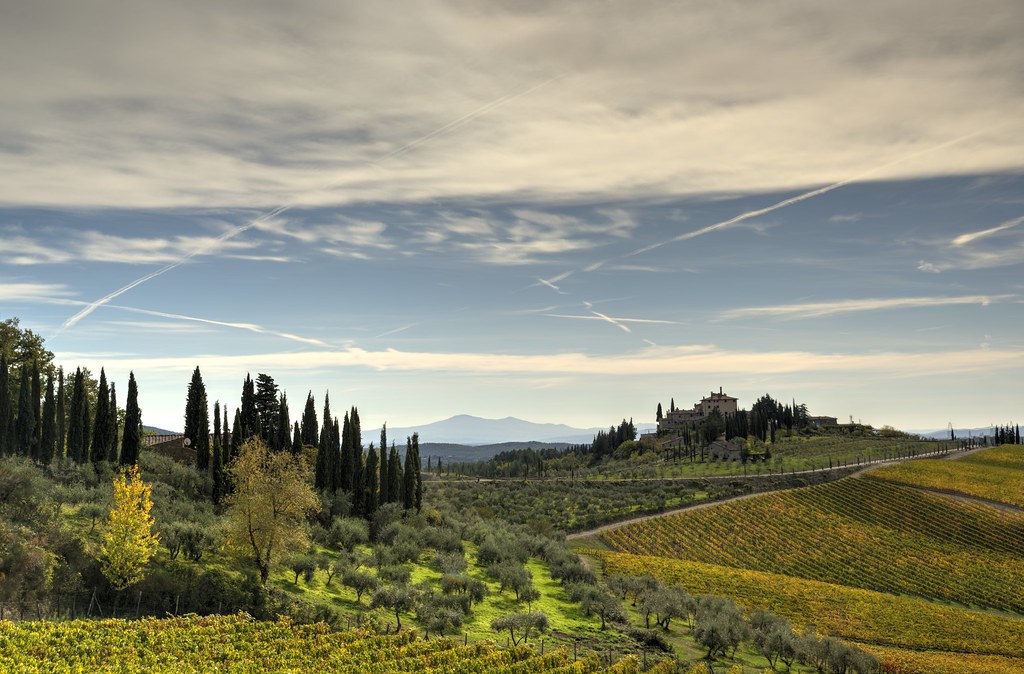 Italian travel guides advise you to leave Florence and, bypassing the wheat fields, vineyards and olive groves, go leisurely from one medieval town to another. Impruneta is famous for old wineries and oil mills, a Renaissance cathedral and a Medici family villa, painted by Giovanni Manozzi. Greve in Chianti is known for its wine cellars with the most valuable variety of Chianti wine called Chianti Classico, as well as ancient frescoes, castles and taverns decorated with terracotta. Panzano is surrounded by cypress and olive groves, and in the center of the city you’ll see a beautiful medieval castle.

The road through the Dolomite Mountains in northeastern Italy

The Dolomites are one of the most beautiful mountains in Europe, listed in the UNESCO World Heritage List. These mountains have an amazing color – during the day they are almost white, and at sunset they are painted in hundreds of shades of red and pink colors. The 110 kilometers-long road from Bolzano to Cortina d’Ampezzo, which is called the Grande Strada delle Dolomiti, runs alongside the highest peaks, lakes and waterfalls, through alpine meadows and ancient cities. 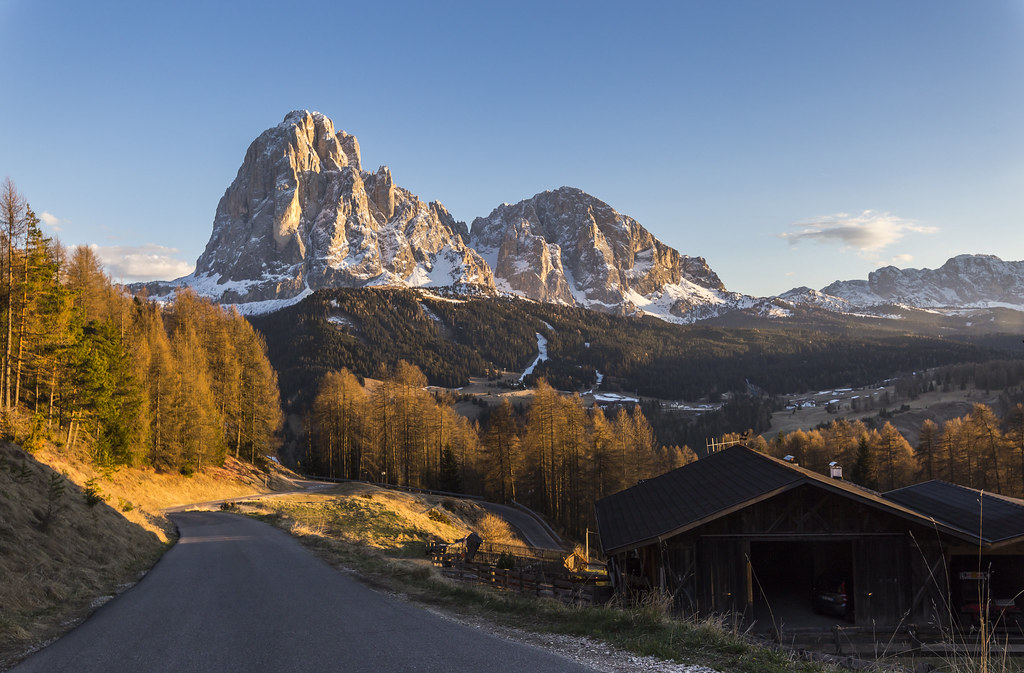 The road begins in South Tyrol, in Bolzano, where you’ll be able to admire medieval castles and the Romano-Gothic cathedral. Then the path lies through Lake of Carezza, whose waters are poured in different colors, and Catinaccio Mountain Range, which is called the “gateway to the Dolomites”.

Further the path runs along winding mountain roads, through ski resorts, coniferous forests and past the ancient Castello di Andraz. Nearby the castle, the road descends to the resort town of Cortina d’Ampezzo.

Sicily is the island featuring the cleanest beaches, excellent cuisine and amazing architecture. Ancient Greek and early Christian monuments are located side by side with baroque churches, gloomy catacombs and modern buildings. Through the most beautiful places and the major sights of the island you can drive via SS114, SS115 and SS113 roads.

SS114 stretches along the east coast, connecting Messina and Syracuse. The road runs along the coast and the plains, next to the Mount Etna, through medieval Taormina lying on top of a hill, and Port Catania with baroque cathedrals, marble fountains and black volcanic stone houses. 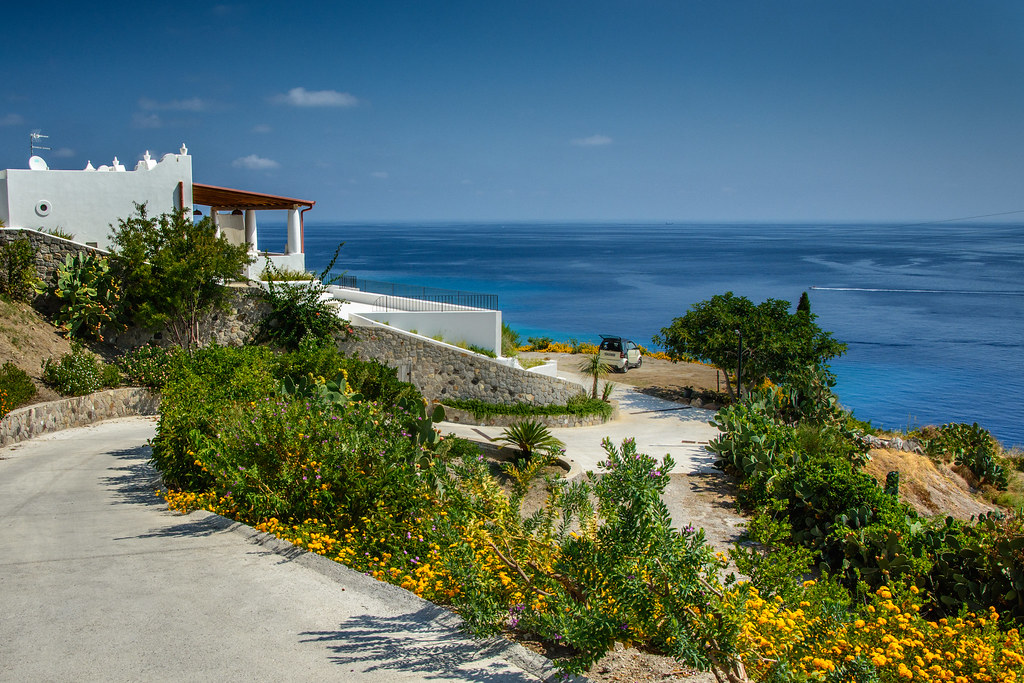 SS115 route runs from Syracuse to Trapani in the west of the island, through quiet villages and forests, along the coast and valleys with ruins of ancient cities. In the Val di Noto valley, the road runs through the Baroque cities of Ragusa and Noto to the coast, turns off to Agrigento, and further leads to the Valley of the Temples – the famous ancient Greek ruins on the island.

S113 connects two seaports – Trapani in northwestern Sicily and Messina – in the northeast, passing through the mountains and north coast through Palermo and Tindari, which is a quiet city with ancient Roman ruins and medieval monasteries surrounded by beaches and caves.

The road around Lake Como in Lombardy

Located 40 kilometers away from Milan, Lake Como is one of most charming European lakes. For centuries, aristocrats came there to relax, and today their villas with vast gardens, parks and luxurious interiors are popular attractions of the region. The lake is surrounded by the Alps. Its shores are full of luxurious villas of the 18th and 20th centuries, parks, medieval churches, museums, ancient castles and a rampart. The length of the road that runs along the shores and environs is 140 kilometers. 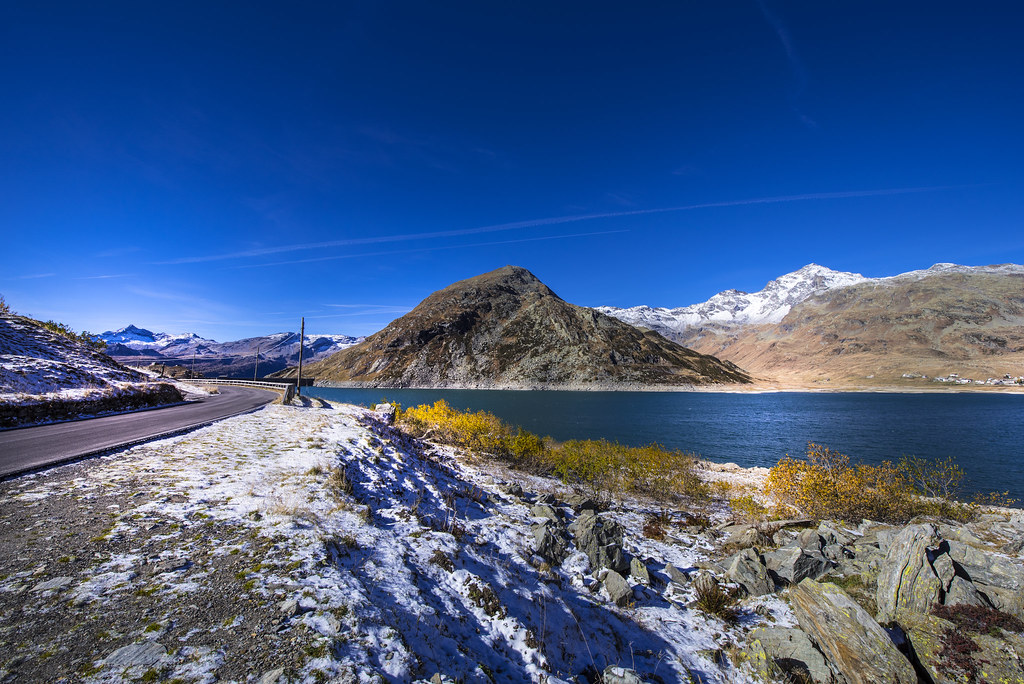 You can start a trip in any of the cities on the shore of the lake. If you wish, it’s not necessary to go around the lake in a circle – you can use the ferry, which connects 4 cities – Varenna, Bellagio, Menaggio, and Cadenabbia, located at different ends of the lake. We recommend visiting the following places: Castello di Vecio Castle, and the observation deck in Bellagio, from which, according to locals, the best view of Como is provided.

Previous How to Start a Wedding Photography Business

Next Why Mix Business and Leisure? Know HOW!

6 Best Hunting Knives For Every Type of Budget

How Our Favorite Gadgets are Made

Methods Google Use To Increase The Accuracy Of Search Results